Los Atlantis is an experimental production by UCLA REMAP, supported by Google’s Future of Storytelling program. It is a multisite live theater performance, where audience is immersed in a story about travelers who explore futuristic Archive of a historical city — the city of the production – in this case, Los Angeles. The research effort aimed at testing the possibilities of authoring story and code at the same time, and resulted in prototyping an “Active Script” – a subsystem that combines traditional text written by authors with control code written by developers. Developed show system also includes a media repository backed by YouTube, distributed cue management system, real-time media processing pipeline, a web interface for the online audience and a mobile guide. Detailed information on system architecture and implementation can be found in the published paper The Storytelling System of Los Atlantis. 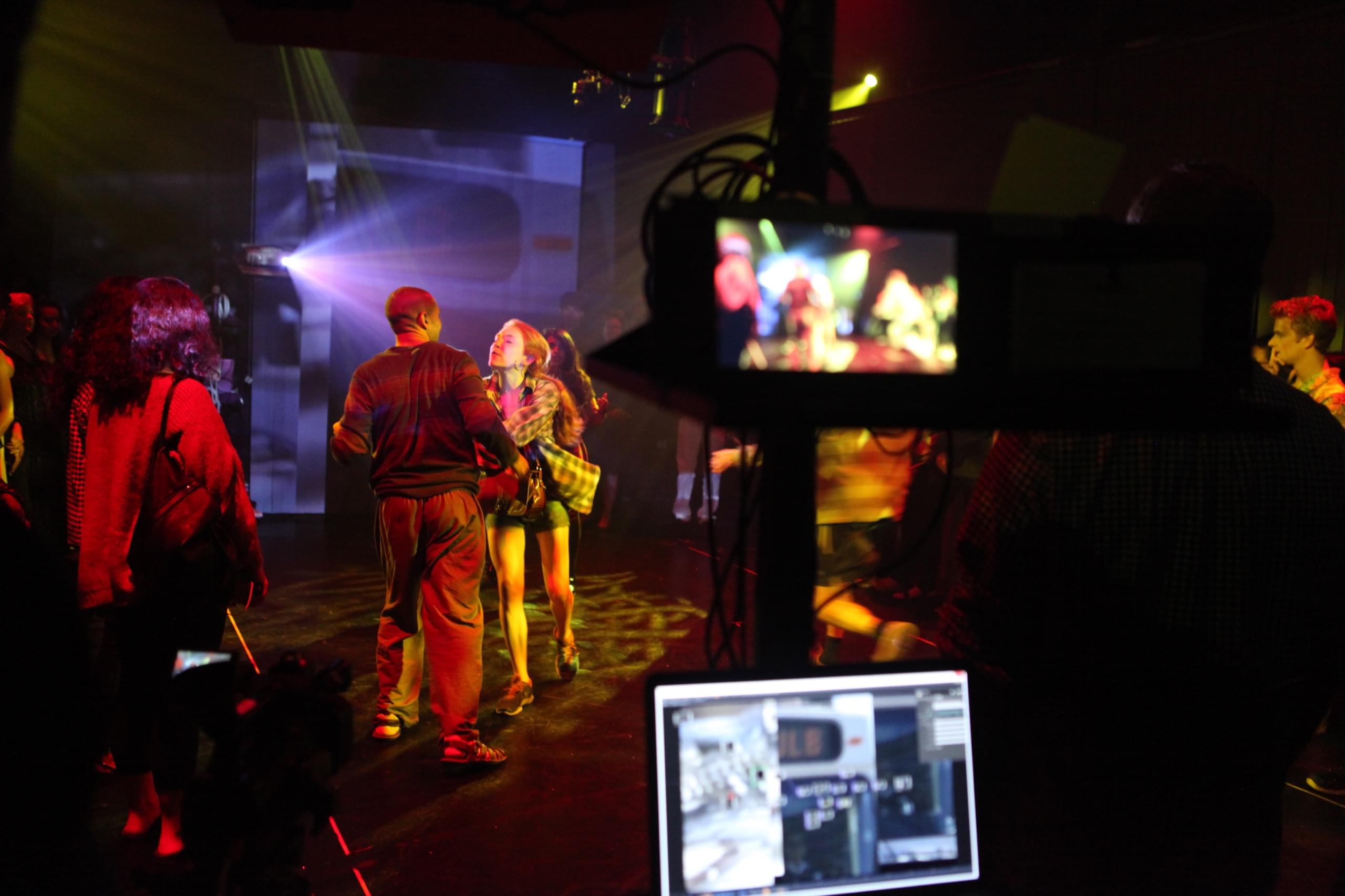 An Active Script, is an idea of a document, that combines traditional show script with control code blocks through the special markdown formatting. A screenwriting markup language Fountain is customized to support embedding Javascript code blocks – Web Components – that can be configured by non-developer story authors.

Once ready to be shared, an Active Script document is processed by customized compiler Fountain+ to generate a) a PDF document for distributing among the team and actors, and b) an HTML page that renders JS Web Component blocks inline with the script text as action links.

By clicking on these links an “operator” from the crew triggers show cues, following along the script. Cue control system utilizes Named Data Networking as a transport, allowing to deliver commands to individual nodes using hierarchical or multicast names. Video projection, sound, website and mobile guide text prompts are the cue examples that could be triggered from the HTML show control page.

Each projection node runs TouchDesigner patch with custom operators for cue triggering and live YouTube streaming. Authors store captured show media on the show’s YouTube channel, and provide link to the videos they’d like to trigger in the Active Script document. When cue is triggered from the HTML page during the show or a rehearsal, the video link, along with the additional information for overlaying video effects, is being delivered to a node using cue control system.

The Observatory (website) and The Guide (mobile web-interface), both not shown on the diagram, are aimed at engaging audience pre-show and during the actual show, by providing personalized text prompts and media uploading solicitations. 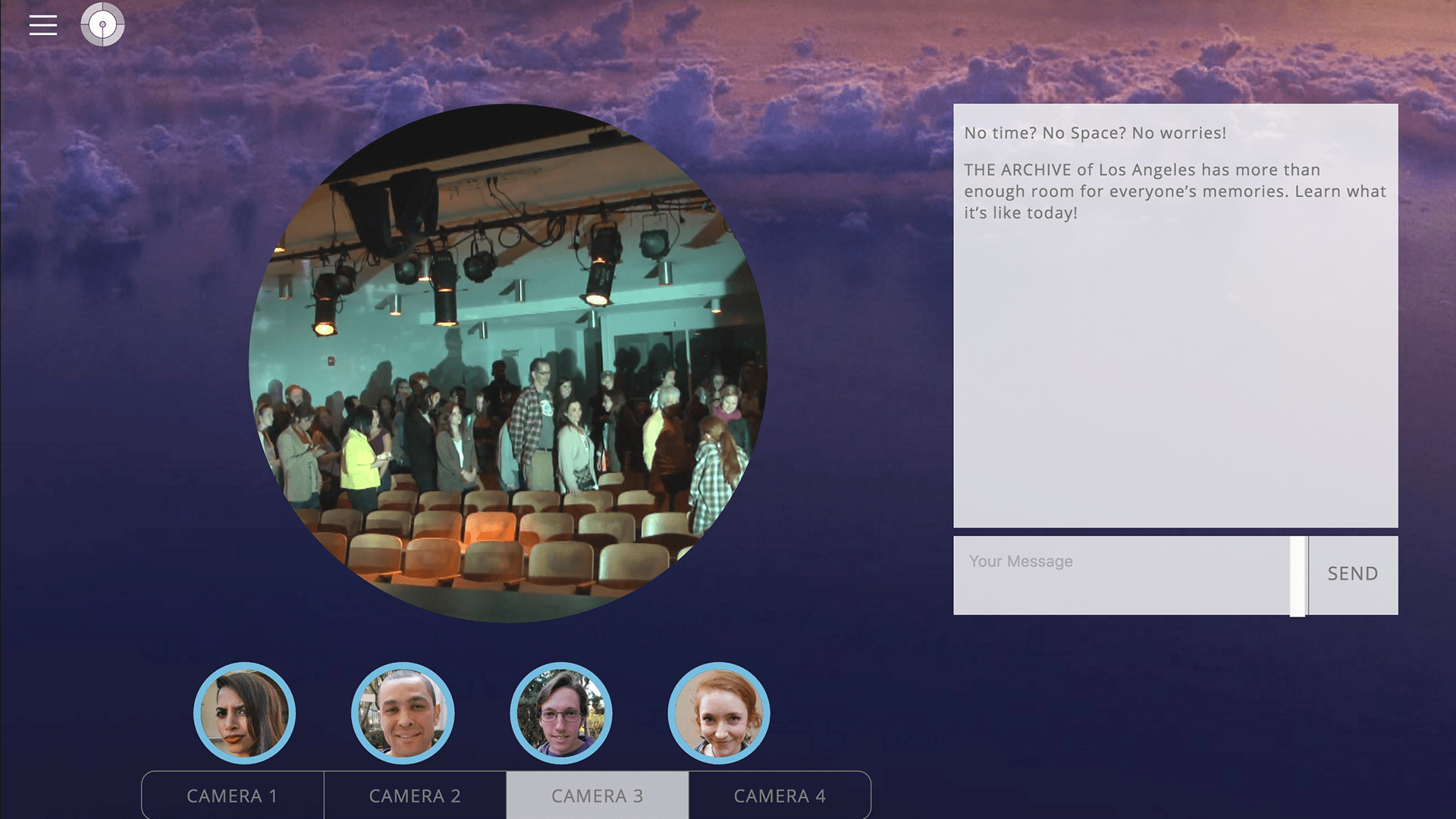 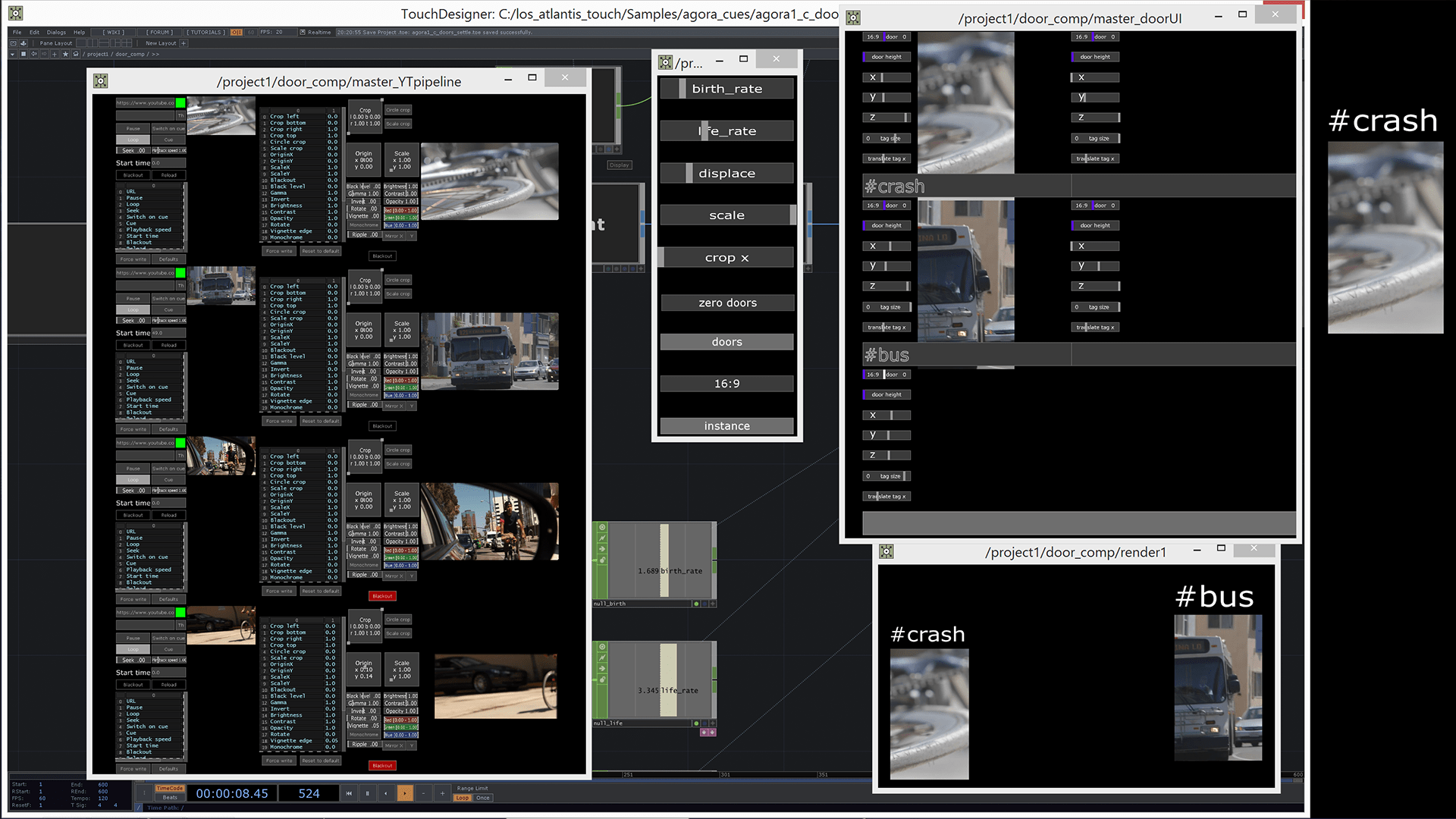 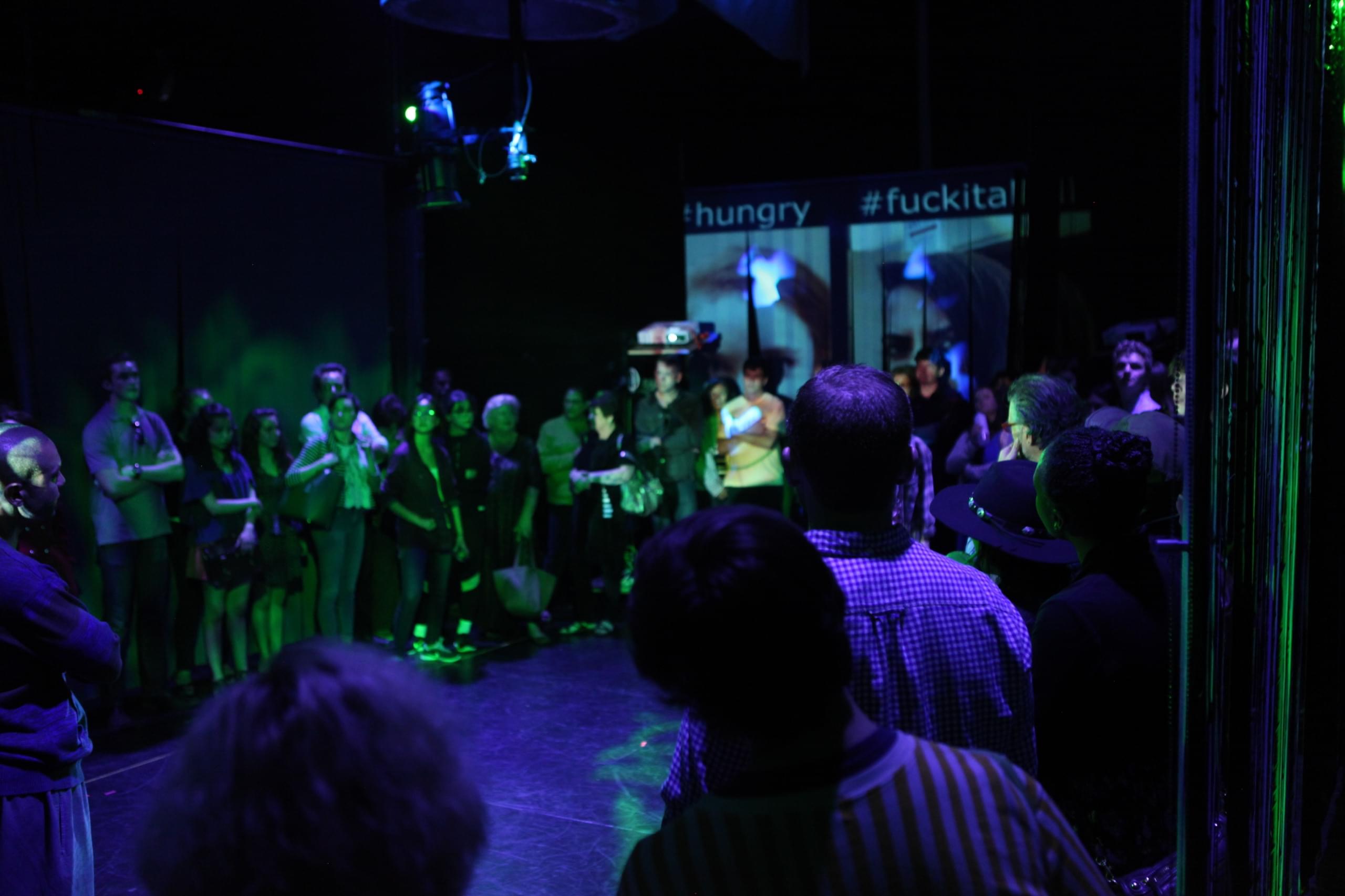 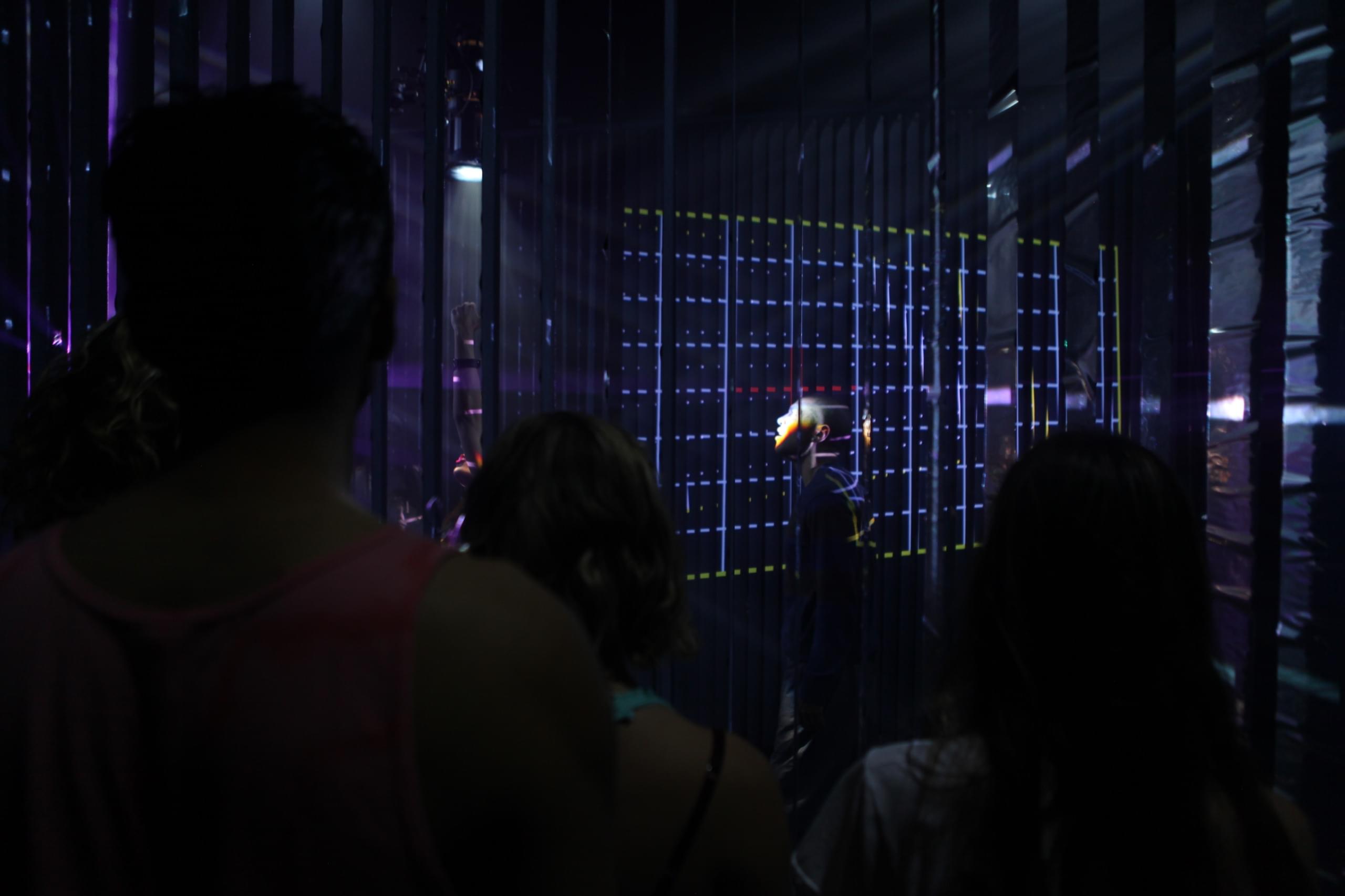 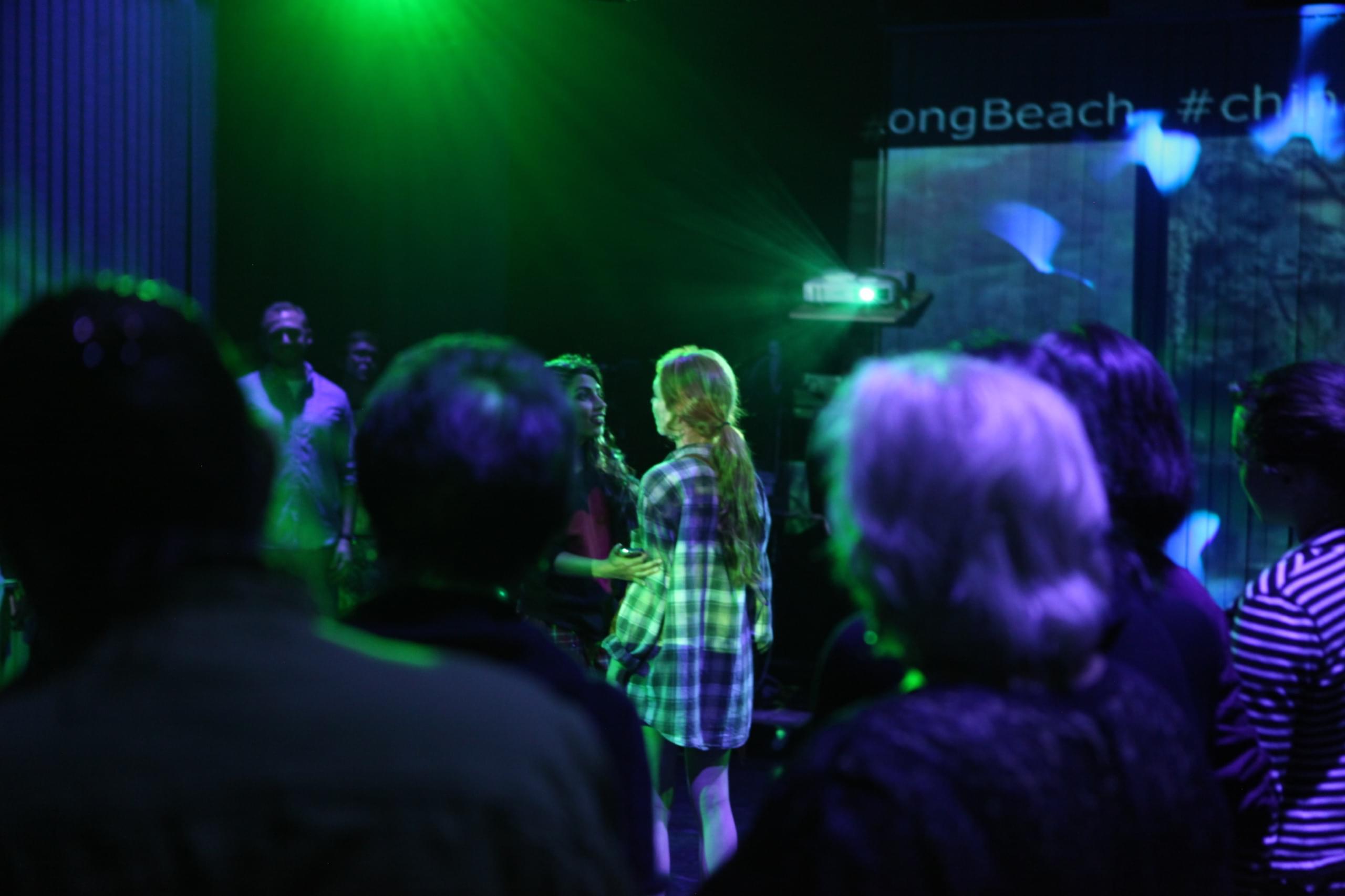 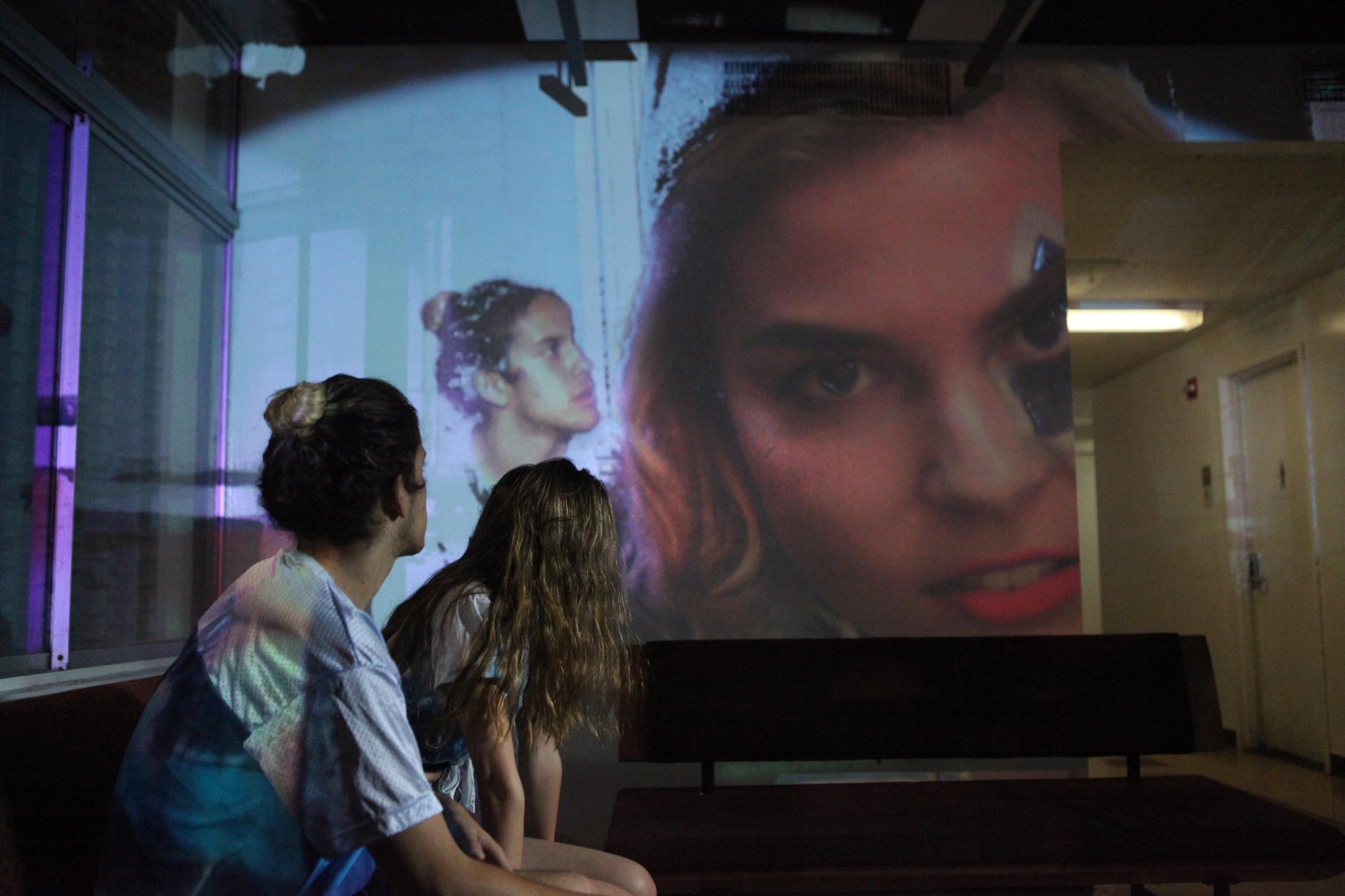 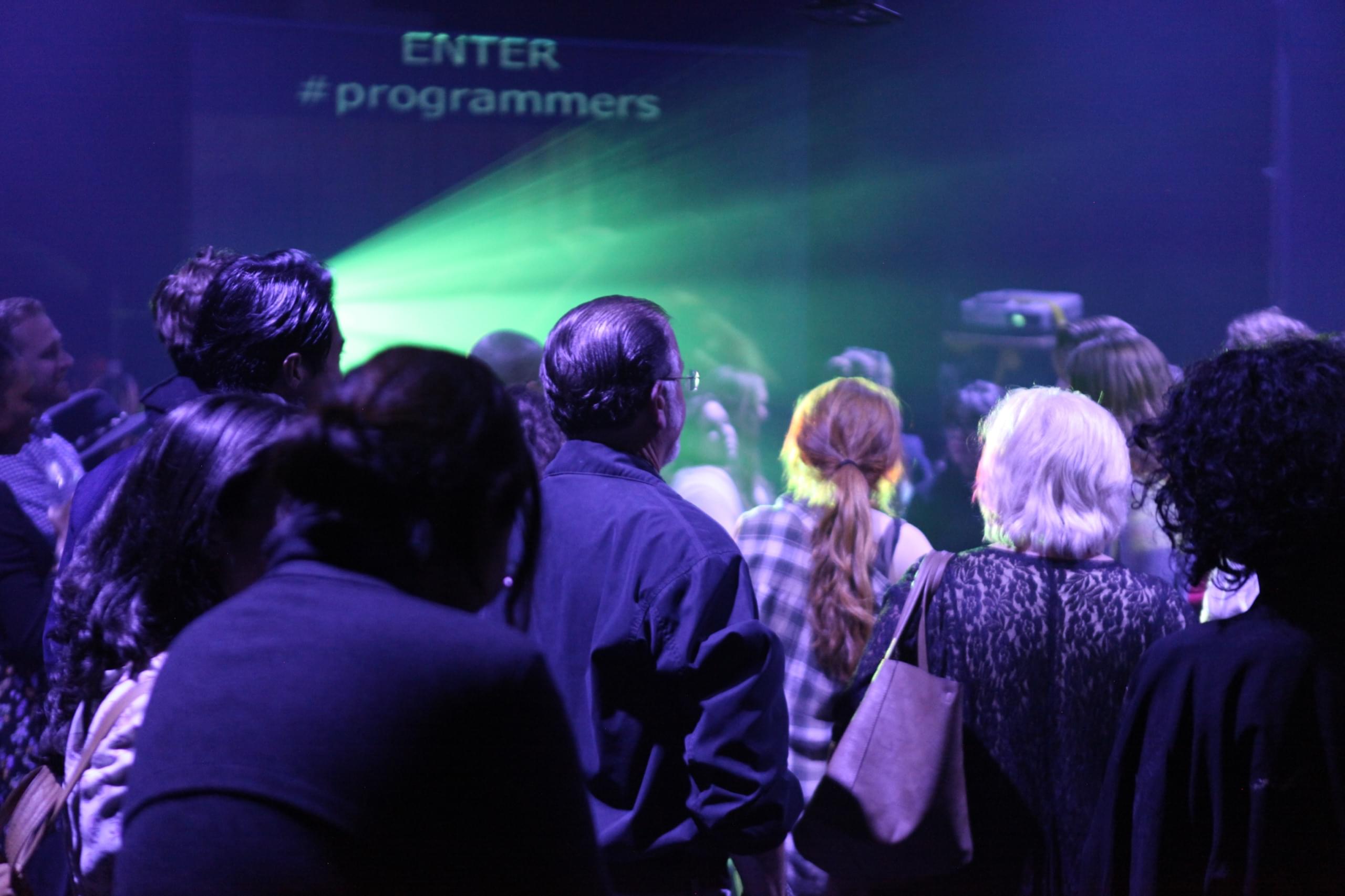